I've had a tattoo project planned for quite some time now, and yesterday I finally got started on it. First part was a cover up of an older tattoo which was rather poorly made about 16 years ago or so. It was a big tribal thingy - not the easiest to cover up I recon. But thanks to Helle at Alletiders Tattovering in Copenhagen, there's no trace of the original tattoo anymore.
The cover up was not as such part of the tattoo project itself, but I didn't want the old one in combination with what I have planned. So I gave Helle absolutely free hands to cover it up, only it had to be somewhat in theme with the rest I have planned.

Here are a few pictures of the cover up: 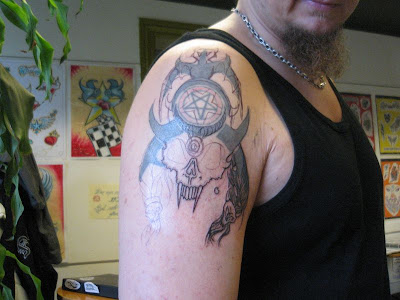 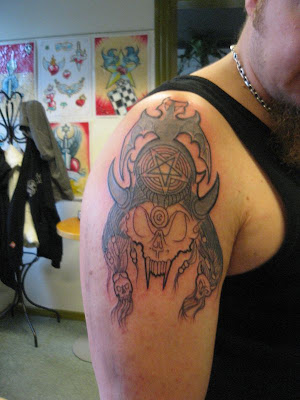 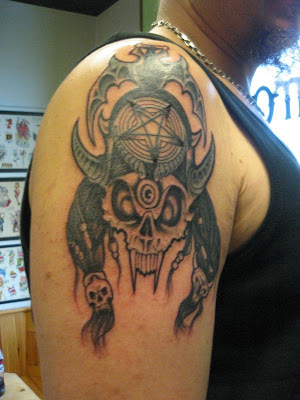 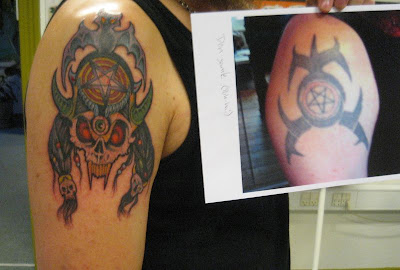 - final result, and the old one next to it. Nice!

And a little sneak peak on the outline for par 2 of the project (there are MANY parts planned): 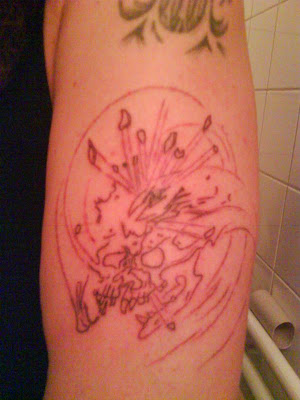