...is it, that when I'm just about ready to take 2 weeks vacation - I get ill? In July I started coughing monday just before my vacation. And surprise surprise - this monday I started coughing again - just as I'm about to take two weeks vacation from next week.
Last time I almost OD'ed on chamomille tea, trying to battle the illness. Girls drink chamomille tea, gods dammit!

Dissektion - a short by Anders Nydam

Just thought I'd help promote the latest work by a very talented friend of mine, Anders.
It's a somewhat disturbing, yet incredibly intriguing short with some very nice visuals. 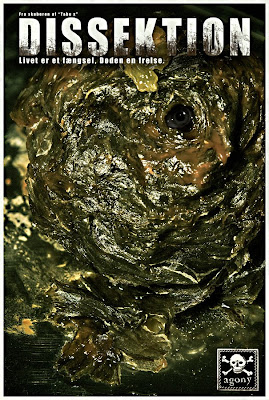 Some people just want to see the world burn...

I saw Batman:Dark Knight today. Mighty entertaining, I must admit. I thought Heath Ledger did a brilliant job as the Joker, but I'm not sure it warrants his recent posthumous oscar nomination. But he did good - no doubt about that. It was a strong heritage to take over from Jack Nicholson. I also liked the effects on TwoFace. Much more in-your-face (no pun intended) and brutal than when Tommy Lee Jones played him. Pity he only got so little "funtime". The action was good, and the movie didn't strike me as being over-american, although a few clichés did sneak in here and there.
I do however dislike that Batman has to speak in such a stupid dark/distorted voice whenever he is Batman - but I guess he needs something to keep people from guessing his identity - much like when Clark Kent removes his glasses and becomes superman, and obviously fools everyone.
I also missed Tim Burton's more fictituous, and true-to-the-comics rendition of Gotham City.
But I DO like that it is clearly aimed at an older audience, and as such more dark and sinister.
All in all a recommendable movie.
categories : News

Yesterday I wen't to a local venue called "Train", to see old school Bay Area Thrashers, Exodus, supported by "The Burning" and "Three inches of blood". I've recently rediscovered Exodus - I was very much into "Fabulous Disaster" and "Impact is Imminent", but these albums go many years back and I haven't really heard much of them, untill I was exposed to the third last album "Tempo of the Damned" which is fab. And also the last one with the old singer. Then came "Shovel headed kill machine" which was not as good in my oppinion, because it felt like the new singer had not settled in yet. But he sure has on the latest, called "Atrocity Exhibition".
So anyways - with a first release in 1984, Exodus has somewhat of a back catalogue, and yesterdays set was an excellent mix of old, new and everything in between. Highlight of the evening was surely when the played "War is my shepherd", from "Tempo...." which is a great track. The sound on Train was not the best, unfortunately, but maybe I'm just coloured from an open-air Iron Maiden concert with excellent sound.

I went together with Mike and Andersen, and later on teamed up with my colleague, Chekov and some of his friends, as well as Adam, the apprentice at my former work place. And we were rockin' a bit through the first few exodus tracks - untill we slowly but surely got sucked into the mosh pit, and just started going completely ape shit. With the result that my neck has been stiff as if a viagra was stuck in it, and naturally a little bit hungover because one or two beers just wasn't enough. And then of course battered and bruised from being tossed around in the mosh pit.
- but it was awesome. I haven't rocked out this much for ten years or so. It was well worth it. Besides - the good thing about regrets is that they always appear after - never during ;)