On november 17th 2010 me, Sussi and Janus went to see (and hear) Volbeat, Entombed and The Kandidate in NRGi Arena, Aarhus. We we're particularly looking forward to Entombed as they are one of our fave bands, but at the same time excited about Bredahl's most recent project "The Kandidate". It's the second time I've seen Volbeat at NRGi Arena, which holds about 5000 guest I think - last time they were supported by Mustasch, who I am a BIG fan of. In any way, I knew pretty much what to expect from Volbeat live, as I've seen them quite a few times on both smaller and bigger venues.
- I'm gonna break this review down into segments about each band, as I feel they all deserve their own review rather than a combined one. And for a change, I will not rate it with the usual poops, but only in words. 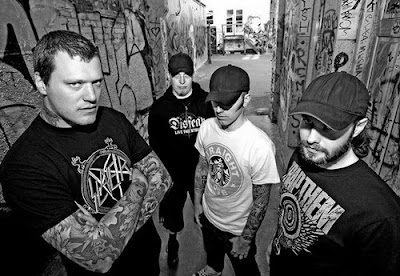 What a great mix of hardcore, thrash and slow groove they delivered. I'm fairly new to The Kandidate, and have only heard their album a few times, so I'm not overly confident with their songs yet, but despite this and the not so great sound they, typically for a suporting act, had - they still managed to reach far out and get a good portion of the concert goers fired up. Much of this is owed to lead singer, Jacob Bredahl, who seems very comfortable on stage (with or without guitar) and has a good grip on the audience, as well as the ability to pull them in.
30 minutes of play time was what they got, but it was enough to get the message through: The Kandidate is off to a great start. And I'm sure they'll be quite successful. 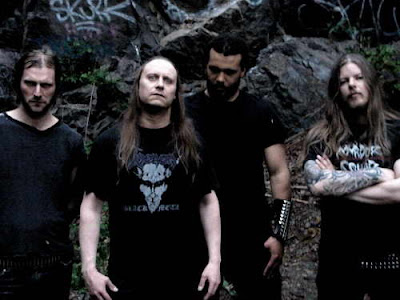 What is there really to say? It's entombed, dammit. Big players on the death metal scene back in the 90's, but over the years they've redefined both their music and their sound to a include more groovy and rockish elements - and it just makes the whole package so much better.
I recently had the pleasure of seeing Entombed live at a much smaller venue, which made the experience more intense - not to mention the fact that they played for longer which left room to get more of the best classics into the set. But on the 17th they still managed to deliver a great set, and as long as they play Hollowman - which has one of THE greatest melodic breaks in metal history - I'm fairly happy. And it certainly didn't make matters worse, that they were 2 guitars this time as opposed to only one the last time I saw them. What a treat.
In my oppinion Entombed should be the stars of the night's show, but Volbeat's mass appeal is just much, much stronger - but we'll get to that in a tick.
Entombed also suffered from a not so great sound, but most of their set came across better, because I know their music a lot better than The Kandidate (I'll try to get up to speed on that though). All in all, Entombed delivered a solid performance, and even if it was a bit too noisy for the general audience, we enjoyed it tremendously. Thank you guys. 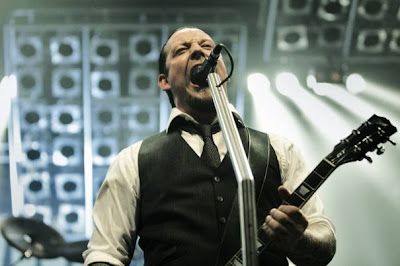 And now for the main attraction... It's probably no surprise, that Volbeat is one of the best, if not THE best, selling danish bands of today. And with good reason. They have created something which appeals to a broad audience - something very few bands in the metal category can match. But are they in fact still metal? I'm not sure. Yes, they have roots deep in the danish metal scene, with a history that goes back to the 90's where they responded to the name Dominus, and played more traditional death metal, like so many of us at that time. In my former band we even had the pleasure of supporting them once or twice.
Their metal roots also shines through on the new album "Beyond hell/Above heaven", where legendary Napalm Death front man Barney Greenway, old school Mercyful Fate axe slinger Michael Denner and Mille Petrozza himself of ze german band Kreator, has a guest appearance. Yes, Volbeat sure comes from a metal background. But judging from the general audience this night, I'd say they would've been better matched with bands like D.A.D. and Saybia (and I mean no disrespect with this) rather than Entombed and The Kandidate. Why? Well it was quite obvious just by looking at most of the audience during the supporting acts, that this was just a tad too far away from Volbeat, who I assume the majority was there to see. It was clearly just too much metal for them. I even read another review, which labelled Volbeat as "a Shu-bi-dua heavy act" (for the non danish readers, Shu-bi-dua is a very "folkish" danish band with a broad appeal). And although it may not be very flattering, it is not far from the truth. Volbeat has reached a similar mass appeal. I totally respect this, and I'm happy for Volbeat that they've gained the success they have - they've earned it. It takes guts for a band to review many years of musical tradition - discard it and start over again. But it has payed of. They are fine musicians, excellent showmen and very professionel in every way. But I still think they need to look at their target audience, and think about who they pick for supporting acts to better reflect what the audience expects.
About the concert itself... I have to admit that we left 2 thirds into the set. Although the sound was much better (and much louder) and the show was very good, I can't help but feel like I do with Metallica: They're not for me anymore. I love everything up and untill ...and justice for all. And thats it. Same with Volbeat - the first album was awesome and fresh. And it possessed much more of the power and "metal energy" I feel is missing in the later albums. But it works for Volbeat and it works for the majority of the listeners, so who cares what this grumpy, ol' man thinks...
I'm sure Volbeat lived up to everyones expectations - they also lived up to mine, but I didn't expect the same as those who came for the main act. They do what they do, and they do it really well. I can only admire that.