- from Copenhagen, where we visited Kamila & Carsten. It was nice to get away for a few days, and the weather did behave for the most part, except for sunday where it was more or less pouring down.
But there was room for many activities. Thursday I had my first slush ice and soft ice combo - it was sweet, creamy and cold. Man was it cold. Friday we went shopping in copenhagen, and I ended up catering to my watch fetish with this lovely Dolce & Gabbana wrist watch : 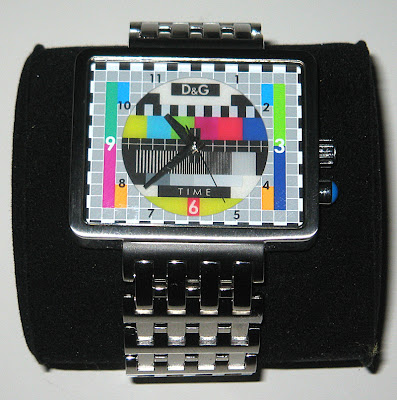 - looks even better when it lights up. Very flourescent and authentic.

Friday evening, we went to see my friend and old Frozen Sun band mate, Michael, play live with his (relatively) new band, "Chainfist". A cool experience, although it was weird seeing him play live with another band. I'm used to him standing in the other side of the scene next to me. Weird, I say!
They played pretty well in front of a small, but dedicated crowd, and the sound was surprisingly good, considered the small setup - unfortunately the soloes drowned a bit and Paul's Danzig-ish vocals were also a bit low.
Hopefully they'll be playing bigger venues soon. In the meantime, here's a few shots from the show : 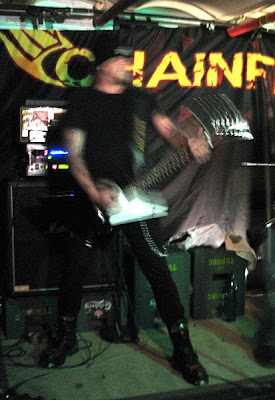 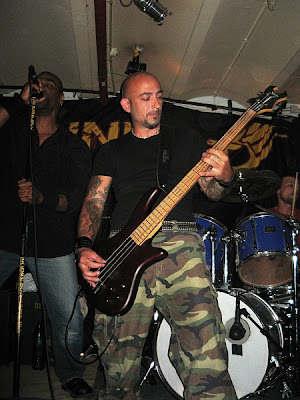 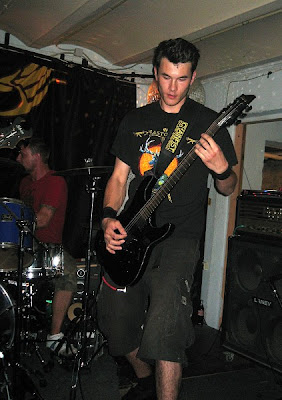 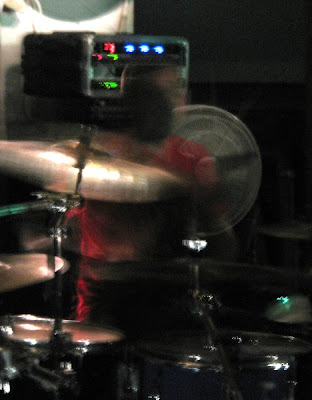 Jesper (yes he is in there somewhere) - Drums 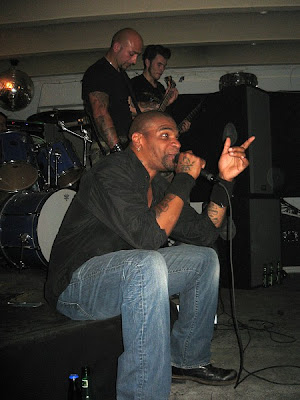 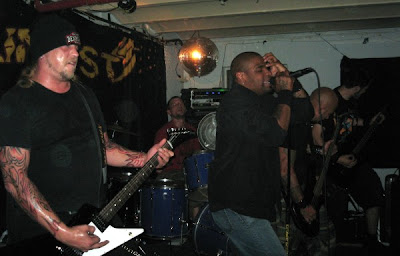 Chainfist - with Paul about to rip out an eye??

Rewind to Saturday, where we went to Malmö, Sweden for a little bit of shopping. Though all I got was a cool tee with a Pontiac GTO on it. And I bought Disney's "The Wild" on DVD because it was really cheap. And thank god it was. We started watching it sunday evening, and took it off after less than 15 minutes. It was horrible. No wonder they bought Pixar.
Anyways - Saturday night we went to the movies and saw "Harry Potter and the order of the Phoenix", which was pretty good. Darker and with some really cool magic battles (finally). However I think certain characters were not present enough - like Malfoy for instance. And some characters were introduced in haste, only to play a small but important part, and then be phased out again. It didn't feel as well put together as Chamber of Secrets, but it was definetely darker - which is good in my book.

Monday we went to Retrobikes to get Liv a new bike. She opted for a nice Nirve Lanai Mauve : 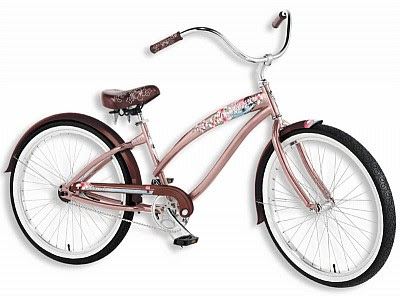 It'll arrive in a day or two and then I'll have to do some minor assembly on it.
- I think it goes well with my Rockabilly Boogy.

I also bought some fab (non-computer) games. "Set", which we've tried before, and "Guillotine" which we played for the first time with Kamila and Carsten on the train to Copenhagen. Easy to learn, short rounds and great fun. Cheap too - both of them.

All in all a really pleasant trip.