2 days before New Years 2006/07 me & Liv went to Berlin together with Ida & Esben, and Anders & Mette. We'd gotten a sweet deal on train tickets and accomodation for the 6 of us.
The plan was to celebrate new years eve at Brandenburger Tor, with a million+ other people. And boy was it crowded - SOMEONE even managed to get herself lost in the crowd, trying to summon beer. So I had NOONE to kiss when the clock struck twelve.
But it was party insane. About a mile of tightly packed people, booths with food, alcohol, karaoke, dj's, oversized lollipops, obscure german folk clothing and what not. It was a bit much at times.

But since we were there for almost 4 days, we did get to see some really nice places, like The Jewish Museum, The German Cinemathek, and the Stasi Museum.
The Jewish Museum was pretty good. They had some rather amazing documents and letters from ww2. Fascinating stuff. And they had this installation where you'd walk out of the hall, and into a completely dark room, 25 meters tall, and no more than perhaps 30-40 square meters. The only light was coming from a small opening at the very top, from where you could also hear the streets. This installation should illustrate the exile of the jews. I think it did a pretty good job. And there was this installation where you'd walk over small faces, cut from 1-3 cm thick sheet metal. It was quite unpleasant.

But two things stood out more than anything else : The Stasi museum and The Potato Cellar. I love potatoes. I love the many things you can do with potatoes. And although the new years dinner on Barist was really, really nice, I think the best meal I had was the plate of 8 differently stuffed, baked potatoes at the Potato Cellar. It was just a bit more german somehow.

Anyways - here's a few pictures from the trip. Enjoy. 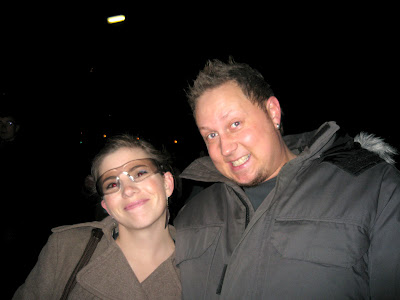 That's me on New Years eve and some hot chick with a weird taste in fashion accessories, judging by the spectacles. 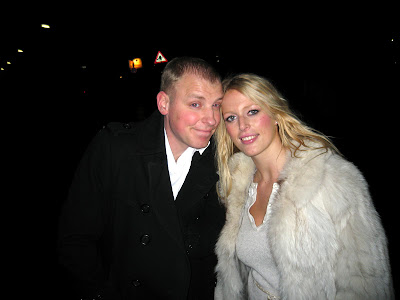 Resident dictator of Esbenland, and his mistress. 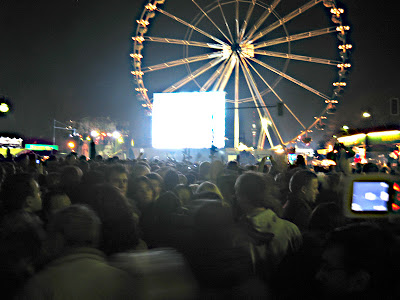 This is as close to Brandenburger Tor as we could get before they announced that the areas was packed, and they had to close the gates. It was MADNESS (yes, madness - not Sparta). 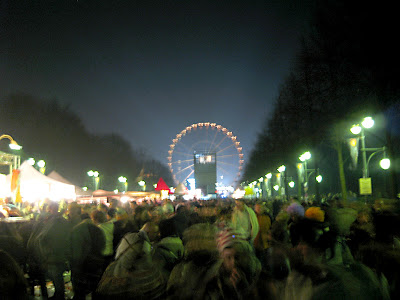 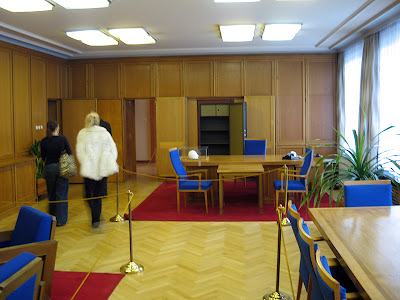 This was the office of Erik Mielke - one of the Stasi top dogs. The white blob on his desk, is the death mask of Lenin, which was presented to Mielke as a gift from their friends in Russia.
Man those blue chairs were so.... blue. 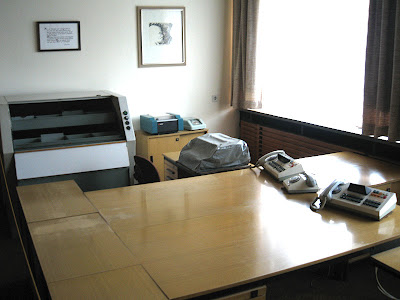 A typical office in the Stasi headquarters. With state of the art telephone switchboards, and electronic filing cabinet. Snazzy. Even Stasi emplyoes were being monitored by Stasi (and the ones monitoring them we're most likely also being monitored, and the....). The white strips on this radio (which was in a small Stasi office), marks the radiostations that were allowed. Woeth he, who was caught in the act, listening to western rock'n roll propaganda. If someone entered the room, he or she would instantly be able to tell, if some illegal radio usage was going on, by looking at the strips and the position of the dial. 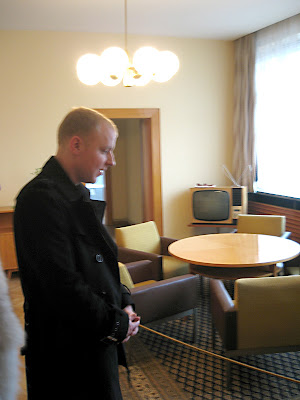