Children of the light

It's odd how summer always sneaks up on me. There's a few wam days in May, and then some cold, wet and windy weeks, and *poof* all of a sudden, it's 30 degrees celcius, high sun, and no wind. Happened again this weekend. Yesterday marked summer for me - well, maybe it was friday night, where we wen't to the first barbecue of the season.

Today however, we packed some breakfast, and 15 past 9 we got on the bikes, and headed down to Lake Brabrand. It's a nice and partially wild nature reserve, and about 3 or 4 years ago, they opened up a second section to the public. The first half part is really popular during the summer weekends, and everybody is down there. People on bikes, skates, foot - kids, adults, elderly people - some are there for the excercise, some for the nature. It's a favourite among many.

But we picked a nice spot for the breakfast, and continued around the 2 lakes, which comes to a bikeride about 25km I think. Later on we headed down to the local marina, for some lovely italian ice cream. I had 4 scoops in mine : Banana, Mint & Lemon, Mocca, and Chocolate & chili. Very tasty, although the chocolate & chili one, was a funny sensation. Rich and sweet chocolate, that left you with a hot throat.

I brought the cam along, to grab some shots of the lovely danish summer :

Panoramic shot from the little patch of grass, where we had our breakfast. 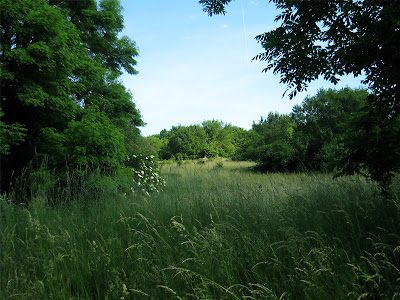 Panorama from a lookout post following a rather muddy part of the trail.
This is the "new" lake, and it only has gravel trails, where the old lake has (seperate) paved walk and bike paths. 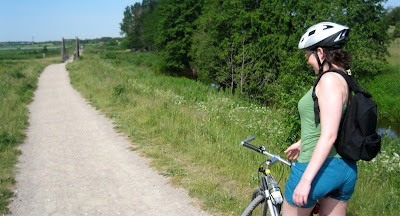 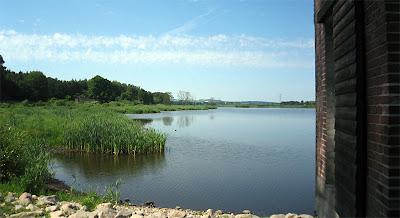 What's really missing, is some water posts along the trails. And we thought we overheard someone talking about a little lookout where there was running water. But there wasn't. Boo-hoo. 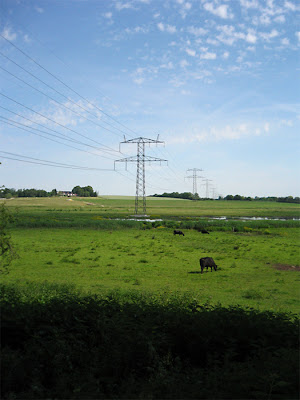 This final image really sums up the danish summer to me. The cows, the sky, the colours. It's just so darn danish.

It was really nice outside today, and we've been out for 6-7 hours or so. And I am not tired, but I'm.... full. Full of the heat and light and fresh air. I'll be sleeping like a baby tonight (and not one of those babies that scream alot because they're teething...)
categories : Pixels