In 2006 me, Liv, Kamila and Carsten went to London. It was my second time there, and apart from the obvious stops at Virgin Megastore, HMV, Hamleys and Forbidden Planet, we also got to go to market in Camden (which I found rather charming - and where I scored some nice sneakers). But one of the most impressive things, was when me and Carsten took refuge inside Imperial War Museum of London, while the girls were on a final shopping spree.

Apart from a rather disappointing trench experience, and a "bombardment ride" that was a little too guided, it was absolutely amazing. Mostly (for my part anyways) due to the amount of really well preserved machinery. 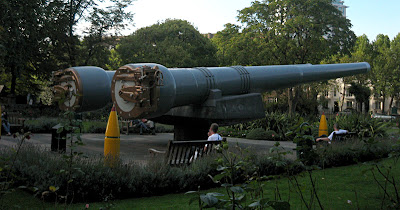 The 15 inch dual guns outside the museum, are originally from the HMS Ramillies. Eat your heart out, John Holmes. 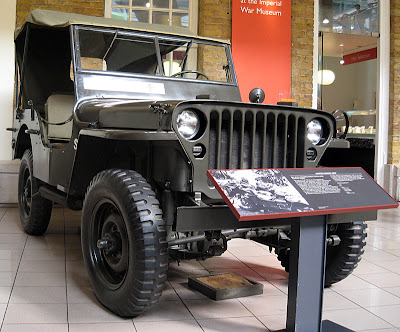 Willys Jeep. They were all Willy's jeeps. So who was Willy anyways, and what was it with the obsession for jeeps? 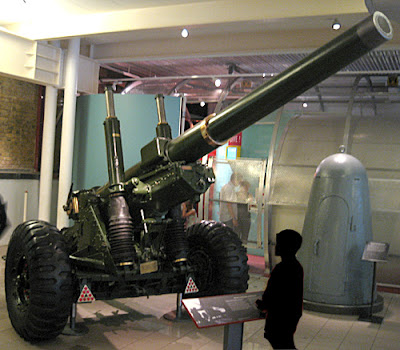 My guess is either a flak gun, or a long range cannon. I call it BFG! 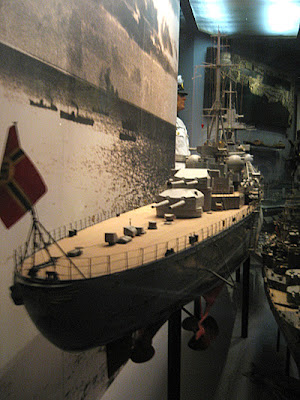 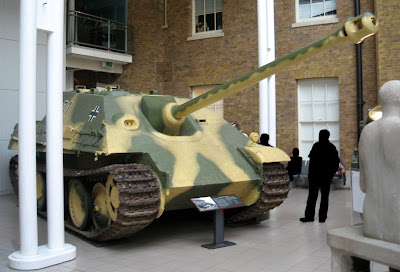 German Jagdpanther captured. Yeah baby! I wonder why ze zhermans started making tanks without a rotating tower. The Jagdpanther is somewhat similar to the Sturmtiger, though the Sturmtiger has a much shorter, and bigger caliber gun. 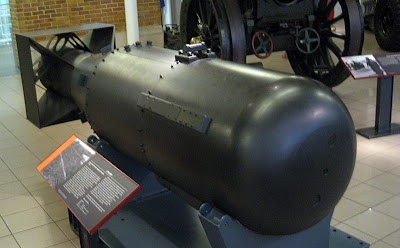 Model of Little Boy. The atom bomb dropped by "Enola Gay" over Hiroshima.
- it's not very gay to drop bombs on people..... unless its a very sexy bomb. 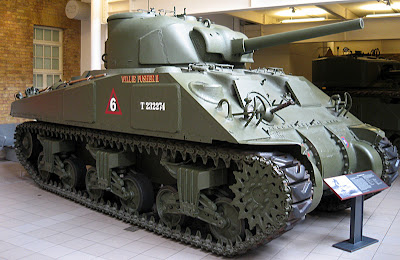 Sherman tank (no, SHERMAN not zherman) 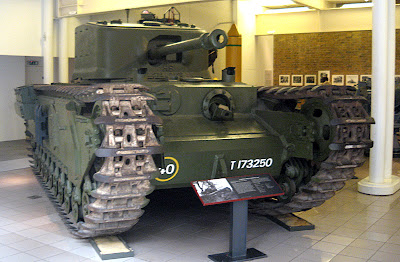 A bit unsure about this one (and I can't remember the info) - but it does look a bit like a british Cromwell.
*edit* It's apparently a Churchill Tank (thanks, anonymous) 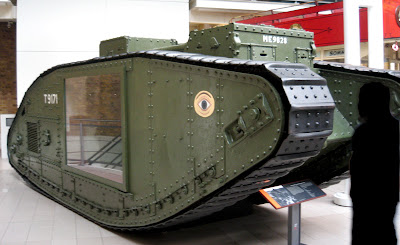 WW1 tank, produced by Daimler, I believe. Not very practical, but VERY intimidating. Especially in those ancient times like WW1, where you would wage war using large poking devices... 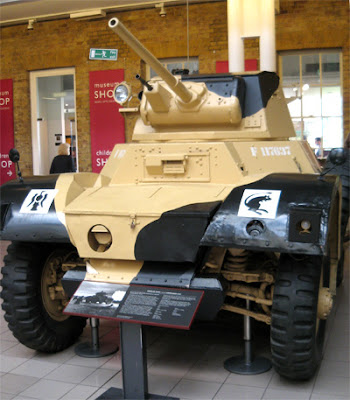 A Daimler Dingo - this one from an Australian tank division. The Dingo was not tracked like most other tanks. 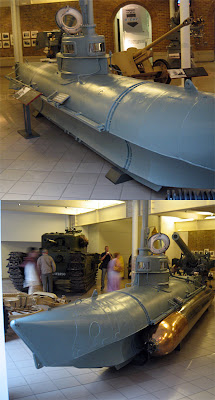 A one-man submarine fitted with a torpedo. If I remember it right, it was used to sneak up on ships in enemy harbours, and deliver the deadly payload up close.
categories : Travel