This is the part where YOU get to learn my most intimate secrets, or something. But first I feel like I must warn you though, because IF you decide to read on, there's a good chance you'll end up sobbing over your own life, and wishing you were cool like me... 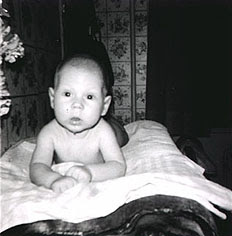 That's me. Dumb as they come and dribling all over myself. It's hard to imagine that this little lump of blubber would turn into something so marvellous in the end.
In all fairness, and to my defense, I should probably mention that I was thrown into the modelling business at an early age. And when you're young and not very wise in the ways of the world, and the photographer sticks a camera in your face while you're butt-nekkid, you obviously think it's the most natural thing, and you play along and start working the camera.


- I was later to learn that not all photographers are friendly. That papparazzi's would sell their soul to the devil for THE most intimate shot of this 0.5 year old playboy-to-be called Nick. And thus I'm now naked on the internet. 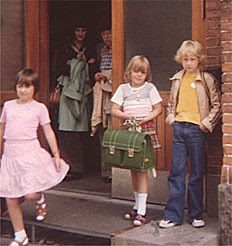 Being a playboy trainee, you need to learn the rules and ways of the gentleman, in order to truly become a ladies man.
So here I am, first day of school, but as you can clearly see, the thing with the ladies came natural to me at a very early age. Just look at them prancing around me, offering to carry my bags, just to be able to be near me.
- seriously though, what more could they possibly teach a real player like me in this big house of knowledge?
I ended up spending time in school, working on the really important things - like for example how to impress the ladies, by sticking an eraser up your nose, and then having to go to the school nurse to have it removed again. Chicks just love men who dare live life on the wild side.
I eventually graduated with honours - 5 years ahead of my peers. A statue of me was erected in the school yard, to inspire coming generations. 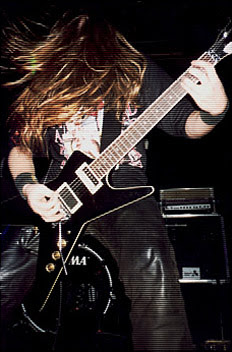 Living the sweet life of the playboy sometimes becomes dull. I know it's hard to understand for the mere mortal, how a life of wealth, parties and beautifull girls, can ever become boring. But even your favourite dish turns into an average meal, if you eat it 3 times a day, 7 days a week.
So during my second youth, I thought it was time to live it up a little. Explore other cultures.
- And what better way to do this, than as a famous rock star, clad in leather and dark shirts? One thing is when people like you because you're funny, and sexy and really, really rich. Another is when they idolize you because you touch their very souls with your mesmerizing, troubadouric skills.
When girls pay handsomly just to see and hear you, and eventually pave the stairs to their bedroms with their panties - just for you - then you know you're as close to being a GOD as you'll ever get.
And life was sweet. 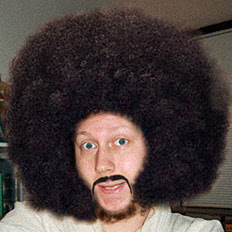 But even sweets turn bitter, if you eat to many and throw up, because they mix with the stomach acid.
So I knew that the life of the rock star would only be temporary. The booze, the drugs, the insane amounts of experimental sex, would eventually take it's toll.
Besides - I was starting to get sloppy and long haried.
So I decided it was time to freshen up, smarten up, and re-invent myself. And within a very short period, I became a successfull graphics designer, meddling with the advertising business, the visualization market, and the digital entertainment industry where the REAL money is.
I brought life to ideas, put a friendly face on a thought. I became a TRUE creator. Oh how foolish I had been, for believing I was GOD, just because I could play an instrument, and look dead sexy in leather pants. I was so young and ignorant... 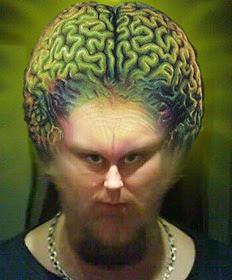 Upon entering adulthood, I started questioning the life I lead, and began thinking bigger. After all, earth is just such a small place, and being the true globetrotter that I was, it took me no time to map and explore this planet.
So I started gazing at the stars. What was out there?
Well, I soon found out. During an interstallar exchange program, I was selected by a highly intelligent alien species, to be part of a series of cross-breeding experiments. I was telephatically informed, that the reason I was chosen over the many other applicants, was the fact that my level of intelligence was the one most compatible with the alien species, and that your average human would not have survived the experiments.

So there you have it. The epitome of evolution. The absolutely true story, about how I became the prototype for a new interstellar super species.
categories : About